I'm a huge believer that things happen for a reason. We may not know why at the time, but people, places, and events come into our lives because there's something we need to learn or change.
The USA Film Festival has been a part of my life for over 20 years - a good friend was in the film industry here in Dallas and got me involved. It's been a wonderful organization that my kids have grown up being a part of as well. We now have friends and memories that will last us a lifetime. When I got the screening notice for the USA Film Festival screening of Restrepo I was intrigued- not the type of film I would normally watch but worth taking an evening to stop working and go see. I had no idea how my life would change by this decision as it has with many of the other films I've been able to see as part of the festival.
If you haven't been fortunate enough to hear about this film, I'm honored to fill you in. Restrepo is a documentary about a platoon that is stationed at a 15 man outpost in one of the most dangerous areas of Afghanistan - Restrepo. What this film isn't about is politics. One of the reasons I love it so much is when I sat down in the theater I thought I'd be watching a film about a war, instead I was treated to a visual and emotional  rollercoaster which by the end had me experiencing every emotion and left me wanting to see the film again, and again, and again. I thought I could come home and write about what I saw, but it's been really hard to put into words my emotions about what I watched. I just can't stop thinking about the film and the men in it, but I consider that a great thing because it's made me re-evaluate lots of things in my own life.
Directors' Tim Hetherington and Sebastian Junger didn't shoot this on a sound stage, have a 100 million dollar budget or spend their time interviewing generals - they personally spent 14 months with the courageous men of Restrepo doing the filming and everything the soldiers do except guard duty and shooting back during firefights. This is what makes the film so special - they became a part of the troop and were able to capture the very personal side of war.
As a Lifestylist® I spend a lot of time listening and watching to understand the needs and lifestyles of the client. Watching the film and having the opportunity to meet some of these courageous men has given me an entirely new insight on the sacrifice the men and women of our military make for us every day. National Geographic Entertainment is presenting this film and the director's uncanny gift of showing you details that you normally would overlook but you'll now never forget reminds me of the style I love in their media. Bullet shells falling into the soldiers shoe during a gun fight, children in the middle of a burned out war zone in brightly colored clothes, soldiers struggling to carry on after losing one of their own, and most of all looking into the faces and eyes of these very brave men - many who don't even look old enough to drive but are protecting our country.
We were so honored to have director Tim Hetherington and two of the soldiers from Restrepo at the screening to share their thoughts and experiences with us. Respect is something that is earned, and you could tell that all of these men respected each other. Another thing I loved about the film was the way it portrayed the personal side of these men, and even though they were in a war zone they still loved to play practical jokes on each other and just laugh sometimes. USA Film Festival hosted a reception after the film and we were able to ask more questions and learn more about the film and the people. During the Q&A a woman stood up that has a husband stationed in Afghanistan right now, and she said that she wished that every soldier's family member could view the film. It helped her understand what her husband is dealing with on a daily basis.
Restrepo isn't a big budget, big studio film, but it has a story that needs to be seen and told. Show your support and help get this important message out by joining the Restrepo Facebook page and by letting your local movie theaters know that this is a film you want to have come to their venue.
I had mentioned that Restrepo is a life changer, and for me it has been. From now on when I see someone who is serving I'm going to thank them for serving and protecting myself and my country. There is so much we take for granted, and I'm going to try and change that in my own life. With this being the 4th of July weekend Restrepo has given me a lot of think about and be thankful for. 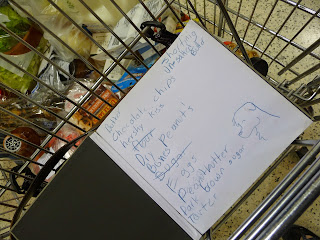 Shop more of my closet on Poshmark

Lifestylist®
Lifestylist® Suzanne Felber has built the Lifestylist Brands around three core areas that she is passionate about: great wines, great food, and above all, great design. For over 30 years she has been defining what the trademarked term Lifestylist® is all about and continues to take the roads less traveled to keep learning and sharing what it means to be a Lifestylist. Believing in practicing what she preaches and you can find her on the road merchandising award-winning factory-built housing and clubhouses, luxury apartment communities, visiting wineries, and spending time in the kitchen helping with product development and recipes for home cooks like herself. She also is an accomplished writer and is a contributor to publications such as Builder Magazine, MHInsider, and CandysDirt.com